GrahaPravesh or the auspicious occasion of entering the new home in Hinduismis not just any random date you are available free. Hindus make GrihaPravesh following the familypriest who recommends the best time accord to astrological rules. The day and time is decided keeping the positions of planets in mind during birth of the concerned person; based on which, the zodiac signs are decided.

These positions and the rotations of the planets have different impressions in the minds of the concerned person. Needless is to say that it’s the mind that has the highest effect on human mind. Hence, it is advised to follow the grihapravesh rituals in the desired fashion for the most blissful effect on mind.

Basically, the whole GriaaPravesh ritual is categorized into three kinds, the Apoorva, Sapoorva, and Dwandwah. Apoorva is for the entry into a freshly constructed house on a recently bought land. Sapoorva refers to entry in to an old house after some considerable amount of days. Finally, DwandwahGrahapravesh is the ritual followed for entry into a house post-renovation. Especially, it is considered as a must if the person is willing to enter the house post any sort of accident, like due to fires, floods, or earthquakes.

Ingredients Which You Should Keep:

All three GiahaPravesh steps are needed to be accomplished in a really sacred fashion. That’s the reason that these rituals require all authentic ingredients, like Turmeric, Betel leaves, Betel nuts, camphor, incense, milk, rice, coconuts, nine different types of grains, etc. Talking about the ingredients needed, the GrahaPravesh rituals need the Kalash, cow urine, idol of the divine being you worship, and the new utensils. The above ingredients are considered the primary requirements.

The whole GarahaPravesh ritual can be divided into two parts. First, the Vastupooja is conducted exterior to the residence. Kalash, nine different grains, a few coins must be ready for the step. The step is as the couple (or the most prominent person in home) takes part in the Hawan.

The next step is the Vastu Shanti, a ritual involving hawan to be conducted with an aim of creating the positive vibes around. Mantras spelled during the hawan have the web length those create the positive vibes in mind. The ingredients used for hawan keep the environment purified.

As it has been mentioned above, the timing of entering the newly constructed home holds the highest importance.


Chant To Be Made During GrahaPravesh :
Meaning of the Sloka:

The sloka basically refers to the fulfilments of life. In Hinduism we don’t consider this material body as everything. We believe there is the ultimate soul, the ultimate energy is everywhere; and so inside us. Realising the same energy should be the prime intention behind every human; in fact, that’s the sole purpose behind God gifting us with this precious human life.

On this context, PurnamadhaPurnaidam means the completeness or the ultimate energy is here there and everywhere. ‘PurnatPurnamudachyatePurnasyaPurnamadayapurnamevabasisyate’ refers that completeness is ever; taking something from the fulsome or giving something to the fulsome doesn’t shatter the wholeness. It’s the positive energy that is available everywhere, and we are that positive energy, the integral part of it. 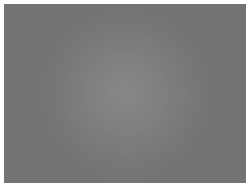